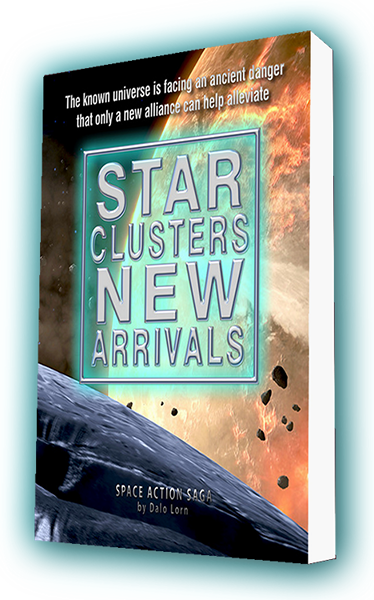 The known universe
is facing an ancient danger
that only a new alliance
can help alleviate.

The year is 2689. For the past twelve years, humanity has been embroiled in a difficult war against the alien invaders known as the Xargans. Very little progress has been made on either side, due to an alliance with the Petran Empire balancing things out. However, when the freighter Ivory Eagle stumbles upon a massive alien craft, this first contact will inadvertently reveal a dangerous Xargan plot.

The Eagle's captain, Lanis Baltor, must work together with these new arrivals to prevent the alliance from being torn apart from within, and to stay ahead of the Xargans long enough to thwart their plans.

Along the way, they will find one ancient mystery leading to another; while trying to unravel this tangled web, they will discover a shadow war that has penetrated the highest levels of both human and Petran organizations alike.

As it turns out, these archaeological curiosities may be their only chance for survival...